Casual Fridays: I've got a secret... 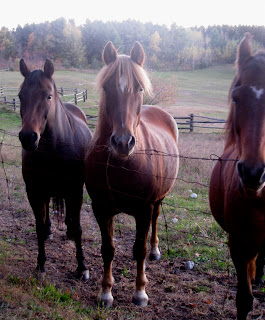 Hi guys, it's Britt. Today I want to talk about secrets. Here are some of mine:
1. I like to watch America's Next Top Model.
2. I'm afraid of horses.
3. When I was twelve years old, I shoplifted a silver ring from a market.
4. I occasionally imagine my own funeral, including music, mourners, and the eulogy.
5. For dinner tonight, I ate an entire box of Cracked Pepper & Olive Oil Triscuits.
6. Sometimes I fear I'm not good enough.
There's something electric about sharing a secret, about saying the thing you thought you couldn't (or shouldn't) say.
In writing, as well as in acting, giving your character secrets helps to make them live. Why? Well, we've all got secrets, from the real doozies locked deep in our personal vaults, to the embarrassing tidbits we'd rather not share.
I'm reading a book right now, called: Dropped Threads: What we Aren't Told.  It's a series of reflective non-fiction essays written by prominent women. These women explore some of the life experiences that have shaped them, but they haven't ever shared in their work.

It's a beautiful book. There is so much power in being open with others and ourselves, and in speaking the truth.
Make your own list of secrets. Include the little ones, and the whoppers. Feel how good it is to write them down. Imagine leaving the list in a place where a stranger might find it. What would that be like?
Next time you're waiting for a bus or standing in line at the coffee shop, look around. What kinds of secrets do the people nearby have? Guess some of them.


Have a revealing weekend, story makers. See you back here on Monday.
Britt
Posted by Brittany Smith at Friday, March 11, 2011