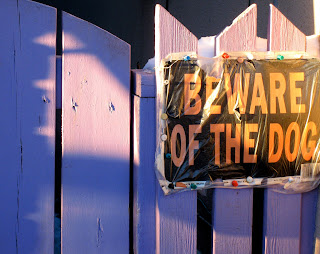 If you saw me in my Midway Muffler uniform, you'd think I was just a regular guy. But come Friday night, when I've got on tight jeans and my Nascar jacket, the ladies nearly fall off their bar stools to get at me. My name's Lester Monroe, but you can call me "Lance Romance."
I met Lana at Shoeless Joe's on 2 for 1 wing night. She was wearing jeans and a silky blue top cut low to give me a nice look at her goodies.

"How's a fine woman like you sitting all alone?" I says to her.
There's barbeque sauce on her chin, but she's still kind of pretty. I can tell she's older, but that don't matter. Lance Romance doesn't discriminate.
"Mind if I sit?" I ask.
She doesn't mind at all. I cozy right up and start ordering doubles. And we both know she's gonna bring me home with her.

Next morning, I'm up early doing my get-out-of-dodge routine when she wakes.
"Morning," she says. Now if there's one thing I don't like, it's a woman in the morning. Wrecked hair, smeared eye makeup, godawful breath. She holds out her arms like a baby wanting to be picked up. "Come over here and give me a kiss," she says.
"I'm late," I say and high-tail it out the door.
A week or so passes and I don't call her. It's not her fault, I don't call any of them. There's plenty of fish in the sea. So why would I cast out again with the same fish still flopping on my line? Catch and release, man. Catch and release.
Then I get home from work at Midway Muffler, and I seen it. Somebody's gone and tacked up a "Beware of Dog" sign to my gate. It think it's Lana who did it, but truth-be-told, it could've been any of 'em. I'm staring at the sign and for some reason, I take of my ball cap, like I'm about to say a prayer.
Maybe she's right? Maybe I am a dog. While I consider this, I scratch my head.
Then I realize my hair's been flattened by my ball cap. I better go inside and give 'er a shampoo before tonight. It's Ladies' Night at Hoops and there's gonna be lots of pretty fishies just waiting for a bit of the ol' Lance Romance.