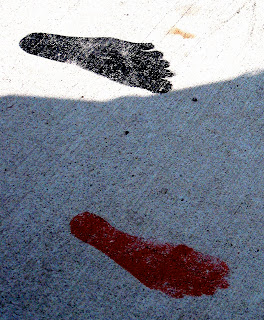 Jasper Delaney was born on April 15th during an electrical storm. Moments before the storm hit, Eli hurried into the farmhouse to find his wife, Iris, lying on the kitchen floor.
"Baby's coming," Iris moaned.
There wasn't time to call a neighbor for help. Thunder and lightening raked the sky. The farmhouse lost power. And little Jasper rushed into the world.
An odd boy with large grey-green eyes and brown curly hair, Jasper loved to get into trouble. Eli and Iris tried to reign in their son, but mischief seemed to follow Jasper wherever he went.
They had him paint the shed. He painted his two feet instead--one black, one red, and he raced around the yard, staining the blades of grass and leaving footprints along the lane. One night, he neglected to close the chicken coop and three hens escaped and began roosting in the trees overhead.
When Jasper was six years old, the farm came upon hard times. One by one, their horses got sick.
On a spring morning, their mare gave birth and then died, leaving her sick foal struggling beside her. Eli went to get his gun. When his father was gone, Jasper climbed over the rough wooden fence and stepped slowly toward the horses.
The foal was lying on its side, kicking its long legs and neighing helplessly. Foam leaked from its mouth. Jasper reached down and placed a hand on its body. The foal became still and Jasper thought it was dead.
Then something happened.
As if charged by some mysterious force, the animal started. It looked up at Jasper, blinking and then began to rise on its shaky legs.
Eli returned with his rifle to find the healthy foal taking its first tentative steps.
"It's a miracle," Eli exclaimed.
But Jasper knew that it wasn't a miracle that saved the horse. It was him.
to be continued on Wednesday...
Posted by Brittany Smith at Tuesday, May 24, 2011