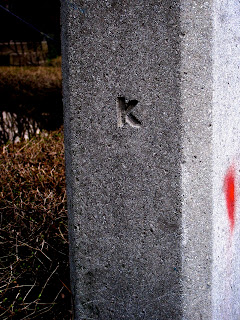 Today Mason is walking to school alone. His mom usually takes him, but she's got another doctor's appointment. She tried to get Mrs. Bunt next door to do it, but Mason refused.
Mrs. Bunt smells like mothballs and she tries to hold Mason's hand when they cross the street. And she won't let him count. On days when Mason doesn't count, he arrives at school feeling light and insubstantial as a lost balloon. He knows the kids think he's weird. They call him "Mental Mason."

But his mom understands about his counting. "You're just different, Mayfly," she says, "I love you no matter what." It's only the two of them at home now since his Dad left. And they're doing okay, aren't they?
So here he is, with his red backpack and blue ball cap and his two feet in sneakers, walking on his own to school.
Mason counts the things he passes. He always counts until he gets to eleven and stops. He taps his leg with his forefinger to keep track.
Brown mailboxes. One (tap), two (tap), three (tap).
Tulips. Cats on porches. White doors.
On and on Mason's list goes, as he takes stock of the world around him, tallying it up.
He passes a lamppost and notices that not so much on it, as in it, is the letter K.
Things that start with K.
Mason turns, scanning around him, his finger held up ready to tap his leg. "K," he says softly to himself as he looks. But nothing around Mason starts with the letter K.

Suddenly his breathing becomes very fast. He holds tightly to the straps of his backpack like it's a parachute.
"K. K. K. K. K."
Mason feels very dizzy now. He is certain that his bones are filling with air. He knows if he can't find something soon that begins with the letter K, he is going to lift up and be carried away.
He wants his mother, but she's far away at the doctor's. He realizes he is crying.
Then Mason looks to the sky and sees green and yellow fluttering in the distance.
Kite.
Relief washes through him like a warm wave. Strength returns to his legs. Mason continues on to school, keeping his eyes on the kite.