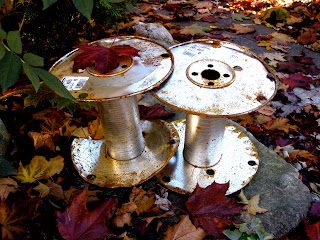 Kabir waits for her under the evergreen tree in the backyard. The space between the lowest branches and the ground creates a secret room. She joins him and they crouch on sharp needles. The air is fragrant with pine.

They are fifteen. He says her name: "Jenny." Coming from his mouth, it sounds like the word for a precious thing.

Between them on the ground is a spool of thick cord. "Take this," he says, "when you get back to your room, throw the other end to me at my window. It will be our tightrope. We can cross between."
Kabir and his family live next door in their suburb in Oakville, though the two houses are so different, they could be on separate ends of the earth. His house is a loud, bright, clamorous place. Hers is hushed and dim. He has three brothers and two sisters. She is an only child.

When Kabir's family first moved in, Jenny went to see them one afternoon and returned with her stomach full of sweet pastries and fizzy pop. On her wrist, clinked bangle bracelets given to her by Kabir's two beautiful sisters. On her forehead, was a red bindi dot. She was sticky and flushed, and deliriously happy.

"It's shameless," her mother said, scrubbing Jenny's forehead. Then she said something that broke her daughter's heart."Those people are not like us. You will not spend any more time with them."

Every day after that, Jenny watched Kabir and his family from her window.
Then one day, a note appeared in Kabir's bedroom window, written large enough for Jenny to read. "Meet me under the pine tree at the back of our yard."
Now as he gives her the spool of rope, Kabir leans forward. His lips brush her cheek. "You must go home now, my Jenny," he says, "don't forget to throw the line."
She rushes upstairs to her bedroom window. He is there on the other side and she unwraps the rope and tosses the end. It arcs into the air and lands in his outstretched hand.
They both know they can't actually cross. But for now, this line strung up between them is enough. And in time, Jenny will find a way over.
Posted by Brittany Smith at Wednesday, July 20, 2011