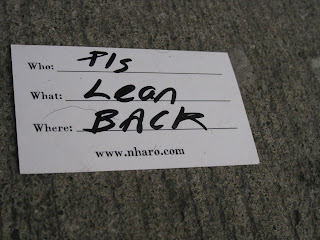 Louise's date is changing. It's only a matter of time before she'll have to kill him.
More and more these days, people are becoming...something else. Especially after the Cutter Creek nuclear reactor exploded just outside the city.
Toxic Contamination Shock, the authorities called it. At first there were just a few cases. People suddenly committing violent acts with inhuman strength. The first man to contract TCS brutalized nine people before he was finally captured.
The Skyview Tower restaurant where Louise and Dave are having their first date is mostly empty. It's not safe to be out at night anymore. Some of the braver women are still dating. Most carry weapons in their handbags now, along with the usual lipstick.
Even in the candlelight, Louise can see darkness clouding Dave's blue eyes, like a drop of ink in a glass of water. Soon his eyes will be completely black. He's beginning to drool into his plate of linguine. It won't be long now.
"Let's go outside," Louise says brightly, leading Dave out onto the observation deck.
Below them, the lights of the city twinkle as if everything is the way it used to be. The night air is chilly and Louise wants to wrap her shawl tighter against her body, but she can't because her left hand is disappeared into her purse, clutching the handle of her Revolt taser gun.
They stop at the edge of the platform. She tries to keep a safe distance from him, but he leans toward her.
"Please lean back," she says quietly, but firmly.
He snorts and tosses his head as if trying to shake something off. But then he moves closer.
Her voice is louder now and more forceful. "Dave, I am warning--"
He lunges toward her. Louise raises the taser and delivers a bolt of electricity to his chest. Stunned, Dave freezes long enough for her to shove him hard over the guardrail.
He doesn't have time to scream, but drops soundlessly, a dark shape falling through the night.
"I said, please lean back," Louise says to the empty air, before returning the Revolt gun to her purse.
Posted by Brittany Smith at Monday, August 15, 2011