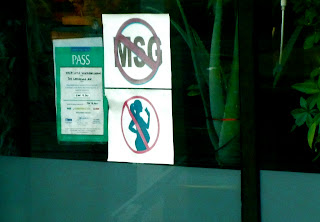 Alex is pacing in front of Pacos Tacos. The people inside are staring at her. One of the cooks just rapped on the glass and told her to move on.
But she won't leave. In this moment, Alex wants a bean and cheese burrito more than she's ever wanted anything in her whole life. She tried to buy one earlier, but they took one look at her pregnant belly and sent her packing.
Alex isn't sure what exactly is in the burrito that she's not allowed to have. She considers telling them it's for her husband, Peter, but knows they'd call her bluff.
Her back is starting to ache and she's out of breath from circling back and forth on the pavement. She lowers herself onto the curb.
Then a teenage boy approaches and Alex flashes him her most winning smile.
"Hi there," she says, fishing a twenty from her purse, "can you help me out?"
The kid eyes her uneasily. He lifts his ball-cap from his head, looks inside as if there's an answer in there, and then re-plants it on his head. He takes her money.
"Combo three," Alex hisses, "with extra hot sauce."
The kid reappears a few minutes later, thrusts the paper bag into her hands and hurries away.
Alex ducks into the alley beside Pacos and hunkers down onto a flattened cardboard box. First, she sniffs the outside of the bag, inhaling the aroma of chili peppers and hot cheese. Saliva rushes into her mouth and she wants to tear the bag with her teeth, like a lioness on the serengetti, ripping open the stomach of a downed zebra.
Next, she takes out the little containers of hot sauce and lines them up on the cardboard. Three red sauces and four green ones. The perfect amount to set her tongue tingling.
Then, Alex lifts the waxed-paper covered burrito from the bag and feels the weight of it in her hands. When she unwraps it, she wants to cry because it's so beautiful and perfect.
Of course, Alex can't eat any of it. She knows this is as far as it goes. Her heart is racing as she returns the burrito to its wrapper and then back into the paper bag. She'll toss everything in the trash before she gets into the car.
And she'll be back again tomorrow.
Posted by Brittany Smith at Wednesday, October 26, 2011