Casual Wednesdays: A gang of turkeys 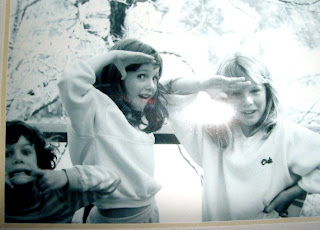 Hi guys. It's Britt. This week I'm doing "Casual Wednesdays," because I'm camped out at my sister's house waiting for her baby to arrive and I can't think of anything else, much less write a story.
Aly's due date was yesterday, and although due dates are something of an approximation, we were pretty sure this little one was going to make an appearance.
No dice. Not even a little cramp, much less a contraction.
Although the waiting game is frustrating, we are having fun just being together as a family. So, in honor of families, I've decided to leave you with a list of some of my favorite collective nouns for groupings of animals.
A battery of barracudas
A shrewdness of apes
A sleuth of bears
A murder of crows
A wake of buzzards
A flight of butterflies
A poverty of pipers
A bed of clams
A rabble of gnats
A quiver of cobras
A bevy of swans
A weyr of dragons
A business of ferrets
A gaggle of geese
A bloat of hippopotami
A stand of flamingos
A smack of jellyfish
A muster of peacocks
A knot of toads
A mess of iguanas
A sneak of weasles
A gang of turkeys
Have a goofy day, story-makers. See you back here on Friday.
Britt
Posted by Brittany Smith at Wednesday, November 23, 2011