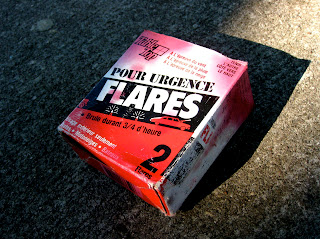 When he was five years old, Brandon Pike realised he wanted to kill people. The urge arrived like a sudden storm, but it took him 28 years to be ready.


In school, his teachers said: "learn from those who came before you." Brandon took this advice very seriously.

He read about murderers, those killers who were caught, and those who were never found. He learned the difference between them. Brandon dissected numerous animals and made detailed drawings of their organs. Over time, he'd collected all the weapons he could possibly need.

Brandon also prepared his body, running every day and lifting weights until he was as lean and muscular as a jungle cat. It was time.


Charlotte O'Hansey pulled into the gas station just before midnight. She got out of her car, opened the hood and stared at the smoking insides. Damn thing was making that same sound again, and she'd just taken it in to be fixed.
"I'm going to give that mechanic a piece of my mind," Charlotte said, though that was a lie. She hated confrontation, and so she often paid too much, waited in lines, and never sent back a meal in a restaurant if it wasn't what she ordered.
Charlotte rifled through the emergency kit for a flashlight. Shoot. She'd used it a few weeks before when the furnace went, and never put it back. All she had left in the kit was a rope, a raincoat, and a box of flares.

It had been hard living alone this past year after she and Mike spilt up. Charlotte knew her parents worried about her. They'd finally convinced her to make the four hour drive to visit them for the weekend. And now this.

Charlotte slammed the hood of her car and noticed she'd somehow gotten a smear of grease on the front of her light cotton dress. "Great," she muttered, heading into the gas station. She bought a fountain Coke and a tube of Sweet Tarts. Then she noticed a man by the magazines, watching her. He was handsome and out of her league, but most definitely looking her way.

In a parallel universe, Charlotte might've been bold. She might've sauntered up to this beautiful man, rested a hand on his muscly arm and asked him if he wouldn't mind giving her some help. But on this plane of existence, Charlotte merely blushed.

Outside, she climbed back into her car. The engine started easily and Charlotte decided to keep going and pray the car would make it.
She didn't notice the man from the gas station get into his car and pull out behind her.
Posted by Brittany Smith at Monday, November 21, 2011