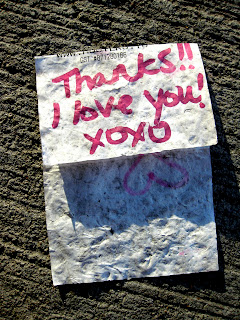 Carson's apartment is burning and he has to pick three things to take with him to safety.
1. His vintage Dylan & The Dead concert t-shirt.
2. His autographed copy of Slaughterhouse-Five.
3. The receipt from the waitress at Hooters.
Instead of counting sheep, Carson likes to imagine the world around him engulfed in flames.
He gets out of bed and heads to the kitchen without switching on the light. He takes a bottle of Red Stripe from the fridge and sits at the table. The man from next door is up again. Carson can see him in his brown chair, staring out the window. The old bugger's face, lit by a small lamp, is wrinkled as a bulldog's.
Carson doesn't even believe in Hooters. That's what he tells his sister, Katie. He goes there for the wings. But that's kind of like saying you read Playboy for the articles, isn't it?
He never sees a woman in the apartment next door. No one ever arrives at the man's side to coax him back to bed.
Her tag said her name was Kristy. Orange short shorts, long legs clad in suntan hose. A big smile. When he paid the bill, she wrote: "I love you," on the receipt and he felt his heart lift.  She doesn't love him. But it doesn't matter.
Carson finishes his beer and cracks another. He's determined to outlast his neighbour. Does the old guy ever imagine his own apartment in flames? Does he have anything of his own he'd carry to safety?
The next morning in the lobby of the building next door, Carson scans the mailboxes. Judging from where the window is, he guesses the man is R. Ward. Apartment #605.

He removes the piece of paper from his wallet. Its wrinkled and folded but there are her words, written in pink marker. Carson slides the receipt into R. Ward's mailbox.
Posted by Brittany Smith at Wednesday, January 04, 2012