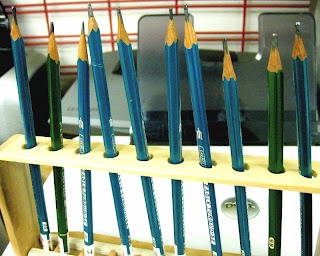 "Fitz Carter will stay after class today," Miss Lansing announced as the kids scrambled for their coats and and raced to be the first one out the door. In the back corner of the classroom, Fitz felt his insides turn to liquid.

Nobody in the schoolyard would miss him. The other kids never let him in on their soccer game or gave him a turn at the swings. "Fitz the garbage eater," they called him. Or "Stink Carter." Or "Trash heap Fitz."

Once Josh Mincer saw Fitz's Mom take a package of stale oatmeal cookies from a dumpster behind the A&P. And it was true that Fitz's clothes were rarely clean. And their house did have a window that nobody fixed. They covered it with a garbage bag that flapped whenever it was windy.

Miss Lansing's high heels made a tick, tick, sound on the linoleum floor as she approached. Fitz concentrated on picking a scab from his elbow. He couldn't look up at her.
"Fitz," she said, "what's inside your desk?"
"Nothing."
"Are you telling me the truth?"

A few months before, he started hiding out in their classroom during recess, when Miss Lansing went to the staff room. There was a nice hush in the room and it felt safer when it was empty. Fitz walked up and down the rows of desks.

"Now I am the teacher," he thought, "everybody has to do what I say."

Then he saw a blue X-Men pencil poking out the top of Robby Miller's notebook. Fitz grabbed the pencil. The next day, he found a rainbow colored one with an eraser shaped like a star in Amy Levine's pencil case. As the days passed, Fitz's collection grew. Sometimes the kids complained that they couldn't find their pencils, but they always came to school the next day with new ones.

"Fitz, open your desk," Miss Lansing said.
He was struggling to hold back tears and a thread of snot dangled from his upper lip. He wiped it with the back of his sleeve.
"No," he said.

But she lifted the lid of his desk anyway, and there were all those stolen pencils. The kids were right. He was a garbage picker. He was nothing. Fitz gave into the tears. As he cried, his small chest shook.

Then Miss Lansing did something unexpected.  She passed him a box wrapped in brown paper. "Open it," she said. Fitz tore open the wrapping to reveal ten new pencils. Three black and seven blue.

He finally dared to look up at her.

"I thought you might need some of your own," she said.