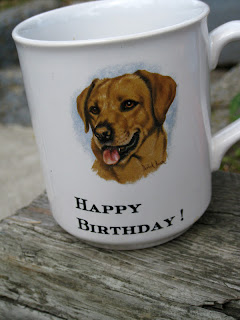 Ruby's kitchen resents her. Her refrigerator hums with malice. Her oven radiates discontent.

She tried to make amends. She pulled open the refrigerator door, "I'm sorry," she whispered into the empty space, "it's not you." Then she plucked a mug from the shelf and placed it into the empty dishwasher, as an offering. It's a stupid mug with a dog's face that her husband, Josh got for her birthday. And the dishwasher wasn't satisfied. The mug wasn't even dirty.

Ruby sat on the ceramic floor and leaned against the cupboards.

It hadn't always been this way. She used to have a great relationship with her kitchen. Ruby was an amazing cook. She often concocted elaborate meals and Josh called her his "Domestic Goddess."

Two weeks ago, Josh told her he'd never want to have a baby. He'd just realised it. At the time, Ruby was in the kitchen watching potatoes whirl in a pot of boiling water. She switched off the heat and abandoned the potatoes in the pot. Their white bodies grew bloated and heavy.

There are so many things that can go wrong in a kitchen. So many ways you could ruin a dish. You could burn the butter or break the sauce. Once on a t.v. cooking show, the judge looked up at one of the chef contestants. "This is broken," he said accusingly. It didn't look broken to Ruby, but it was. The chef was eliminated.

Ruby stopped cooking after that day with the baby and the potatoes. And now her kitchen resents her for it.

From her spot on the floor, Ruby looks at the fridge, the stove, the dishwasher. She takes it all in: the eager stack of recipe books, the loyal toaster oven with its litter of burnt crumbs. The wooden bar cart cradling the sideways bottles of wine. And she knows that her days as Josh's "Domestic Goddess" have come to an end.